The UN commemorated the International Day for the Elimination of Violence against Women and the start of the 16 Days of Activism against Gender-based violence. 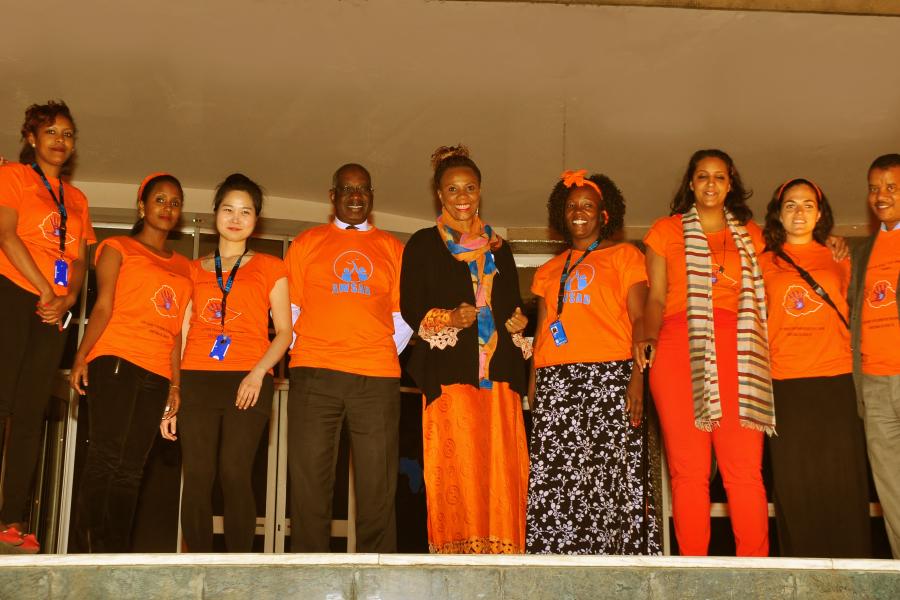 The UN Resident Coordinator for Ethiopia, Ms. Ahunna Eziakonwa-Onochie opened the kicking-off ceremony of 16 Days of Activism campaign in the country, in parallel to the orange lighting of the permanent headquarters for the United Nations Economic Commission for Africa (UNECA) with the presence of Mr. Faustin Yao, Representative of UNFPA in Ethiopia and the invited media.

This event was marked by unprecedented mobilization of the entire United Nations team in Ethiopia with strong support from UNECA, United Nations Resident Coordinator’s Office in Ethiopia and UN Women Ethiopia in order to light up in orange the ECA for the first time since the launch of the “Orange the world” movement under the UN Secretary-General’s UNiTE to End Violence against Women campaign in 2008.

Globally, over 450 events are planned in more than 70 countries throughout the 16 Days of Activism. They include lighting of major monuments, such as the Eiffel Tower in Paris and the Pyramids of Egypt.Ethiopia joins the movement by oranging until the 10th December 2015 one of the most representative buildings in the capital, the UNECA headquarters, which dates from 1961.

The event resulted in an opportunity for Ms. Ahunna Eziakonwa-Onochie and Mr. Faustin Yao to speak out about the importance of the adoption of the new development framework and the Sustainable Development Goals (SDGs) in September 2015 in order to provide the international community with a golden opportunity to position gender equality, women’s rights and women’s empowerment at the center of the global agenda.

Speaking about the importance of advocacy platforms -such as the 16 Days of Activism Campaign, the UNiTE campaign and the HeForShe - to push for more action for fundamental and universal rights, such as equality, dignity and the right to live free of violence by all stakeholders globally, UN Resident Coordinator for Ethiopia, Ms. Ahunna Eziakonwa-Onochie noted that, “There is good legislation and the policy frame-work is there but our problem is always implementation and that is why the progress is not as fast as we would like to see it.”

On the other hand, Mr. Faustin Yao highlighted the importance of the role of men and male engagement actions at all levels towards ending violence against women in Africa.

Furthermore, UN Women Ethiopia, who is leading the 16 Days of Activism campaign, celebrated the International Day for the Elimination of Violence against Women by wearing orange t-shirts and distributing #orangetheworld posters to partners. 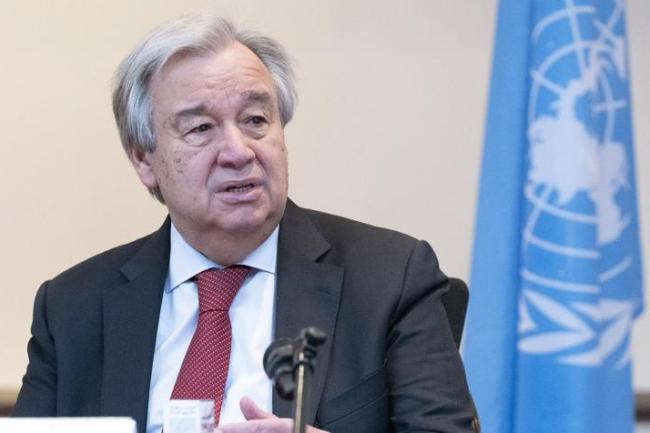 The Impact of COVID-19 on Women

UN Secretary-General released a policy brief on the impact of COVID-19 on women.