As a country that prides itself in having long history of both Christianity and Muslim practices, religion plays an important role in Ethiopian society.

According to the national census conducted in 2017, 98% of the Ethiopians say they belong to a certain faith or religion. As a country that prides itself in having long history of both Christianity and Muslim practices, religion plays an important role in peoples' lives and Ethiopian society in general.

According to some members of the ‘Women of Faith’ groups, the issue of sexual abuse was among the subjects considered taboo in their respective religious organizations.

“There is a long-standing view among the faith community that women cannot be in a position to speak or teach publicly. Due to this belief, women have not had the privilege to do so for quite some time,” says Masantu Daniel, 35, a Women of Faith coordinator from Hawassa Kidane Mihret Qumsina of the Ethiopian Catholic Church. Masantu’s church is among 53 women of faith structures that have been strengthened in SNNPR, Amhara, Sidama, and Gambella through partnership of UN Women and the Norwegian Church Aid (NCA).

These structures encompass existing structures within the faith setting and are extended to women from all age groups. These structures also bring together mixed groups of women from different cultural, economical, and social spheres, having the potential to empower women who would otherwise remain marginalized.

Over the last two years, the capacity of faith structures has been strengthened through training, and awareness raising materials. Through these structures, more than 1000 women were further reached with messages on violence against women and girls, training, and skills transfer.

Among these groups, the Hawassa Kidane Miheret Catholic Church and Werancha Catholic Church have scaled up the VAWG prevention by reaching other women of faith groups taking their own initiatives. They not only  managed to convince the leadership of their own churches to include the issue of sexual violence and abuse in their programs but also collaborated and lobbied the religious leaders of the congregations beyond their locations. For example, the Hawassa Kidan Miheret Catholic Church has 17 branch churches with more than 12,000 congregations.

In total, these two groups trained 853 (520 male and 333 female) church members from 17 denominations and reached 150 families with reported challenges of domestic violence and intimate partner violence with emotional and peer support. 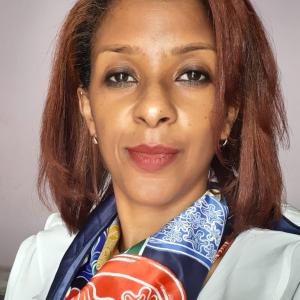