Millions of world’s poorest children left behind despite global progress

NEW YORK.- Progress for Children: Beyond Averages, UNICEF’s final report on the child-related Millennium Development Goals, says that, despite significant achievements, unequal opportunities have left millions of children living in poverty, dying before they turn five, without schooling and suffering chronic malnutrition.

“The MDGs helped the world realize tremendous progress for children – but they also showed us how many children we are leaving behind,” said UNICEF Executive Director Anthony Lake. “The lives and futures of the most disadvantaged children matter – not only for their own sake, but for the sake of their families, their communities and their societies.”

Continued failure to reach these children can have dramatic consequences. At current rates of progress, given projected population growth, it is estimated that:

The report highlights notable successes since 1990:

And the gaps between the poorest and the wealthiest are narrowing in more than half of the indicators UNICEF analysed:

As world leaders prepare to adopt the Sustainable Development Goals, the most disadvantaged children should be at the heart of the new goals and targets, UNICEF said. Better data collection and disaggregation – going beyond averages such as those used to measure the MDGs – can help identify the most vulnerable and excluded children and where they live. Stronger local health, education and social protection systems can help more children to survive and thrive. And smarter investments tailored to the needs of the most vulnerable children can yield short and long-term benefits.

“The SDGs present an opportunity to apply the lessons we have learned and reach the children in greatest need – and shame on us if we don’t,” Lake said “For greater equity in opportunity for today’s children means less inequality and more global progress tomorrow.”

UNICEF promotes the rights and wellbeing of every child, in everything we do. Together with our partners, we work in 190 countries and territories to translate that commitment into practical action, focusing special effort on reaching the most vulnerable and excluded children, to the benefit of all children, everywhere.

For more information about UNICEF and its work visit: www.unicef.org

Millions of world’s poorest children left behind despite global progress 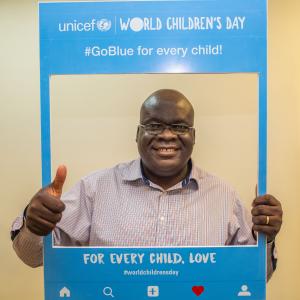