UNODC calls for “giving hope” to victims of human trafficking

As the UN marks World Day against Trafficking in Persons, UNODC stresses the need to end this crime and protect the victims 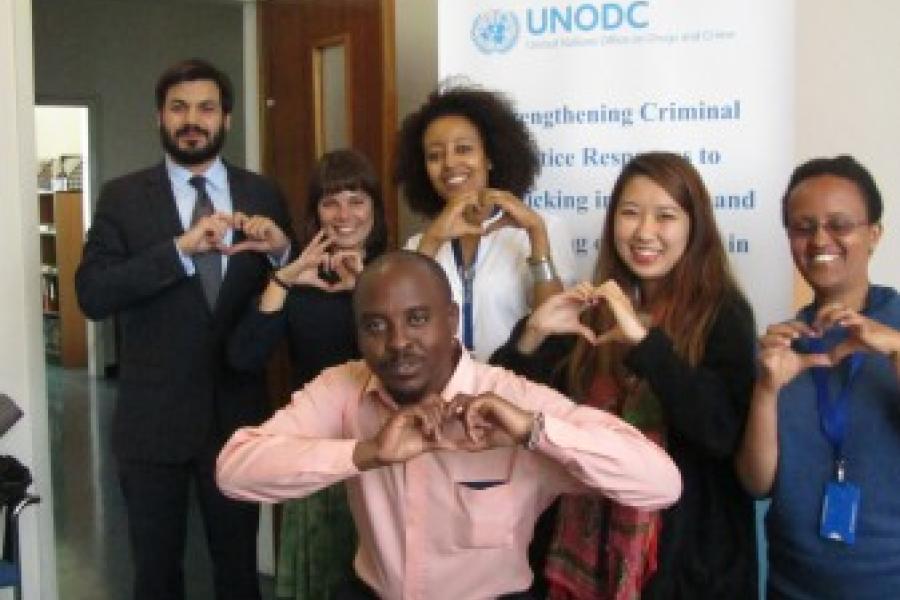 Each year millions of people are tricked and trafficked for sexual or labour exploitation in virtually every country in the world. Ethiopia is no exception. Many of those migrants who cross borders, as well as those who move from the countryside to Addis Ababa in their bid for a better life, often become victims of trafficking.

They face unimaginable hardships - from abductions, attacks, hunger and dehydration on route, to physical, sexual and psychological abuse, restriction of movements and denial of salaries at destination.

“Victims of trafficking who are freed, need protection and assistance to regain their rights and reintegrate into society,” says Ms. Maria Temesvari, Crime Prevention and Criminal Justice Officer at the United Nations Office on Drugs and Crime (UNODC) in Ethiopia.

Consistent with this idea, the United Nations’ message on World Day against Trafficking in Personsis “Give Hope” to those affected by this terrible crime and show them your solidarity. With the hashtag #igivehope, UNODC’s social media campaign encourages people to share photos of themselves making the hand-heart symbol.

According to the UNODC’s Global Report on Trafficking in Persons 2014,most victims of human trafficking are female. And women and girls combined constitute 7 out of 10 of all trafficking victims worldwide.

In Sub-Saharan Africa, domestic trafficking is the main type of trafficking accounting for more than three quarters of the total number of victims. The region also reports the highest share of child trafficking in the world (more than 60 percent).

In Eastern Africa, it is estimated that over90,000 migrants mainly from Ethiopia and Somalia were smuggled into Yemen in 2014.