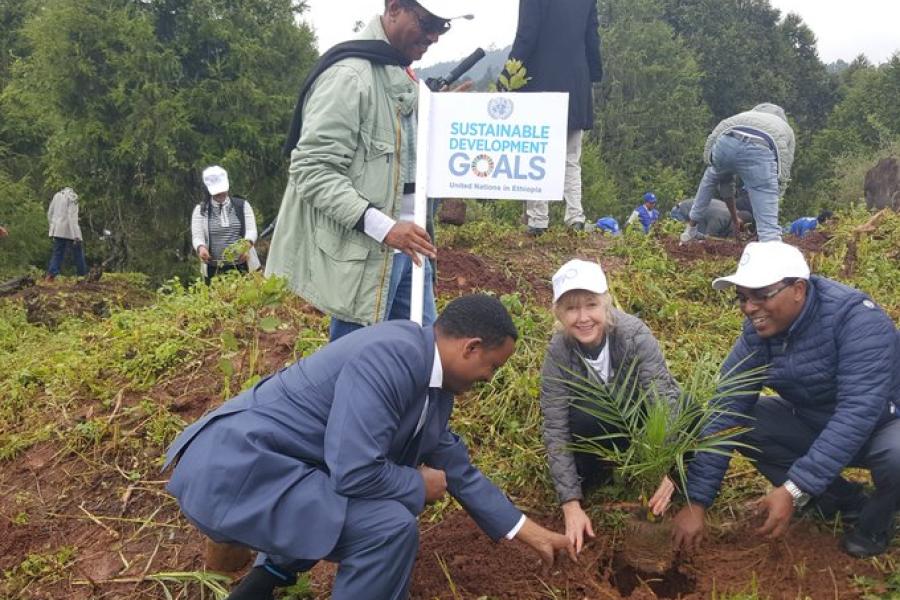 More than 400 UN staff took part in today’s national campaign, which aims to plant 200 million seedlings a day. The one-day event is part of the wider project, Green Legacy of Prime Minister Abiy Ahmed, to plant 4 billion trees this summer. The project aims to tackle the effects of deforestation and climate change.

Ethiopia's Minister of Innovation and Technology Getahun Mekuria was quoted saying that more than 350 million trees were planted in 12 hours, breaking the world record held by India since 2016, for the most trees planted in one day and which stood at 50 million trees.

“Afforestation is the most effective climate change solution to date and with the new record set by Ethiopia, other African nations should move with speed and challenge the status quo,” said Juliette Biao Koudenoukpo, Director of UN Environment’s Africa Office, was quoted as saying.