UN provides trainings for representatives of government, CSOs and media on countering hate speech in Ethiopia

The UN provided trainings for representatives of the government, civil society organizations (CSOs) and media on monitoring and addressing hate speech. 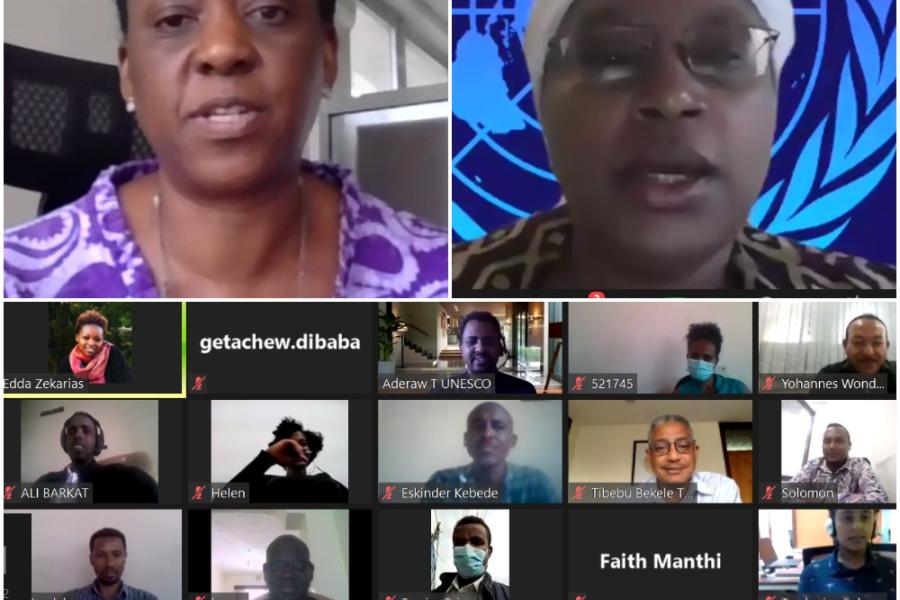 The United Nations in Ethiopia provided trainings for representatives of the government, civil society organizations (CSOs) and media in Ethiopia on monitoring and addressing hate speech from April 6-21.

The two-day training organized separately for representatives of each of the three actors aimed at supporting the institutions to monitor and report as well as address hate speech and incitement to violence within communities.

The United Nations Country Team in Ethiopia organized the training with the support of the UN Office on Genocide Prevention and the Responsibility to Protect.

The training comes at a time when Ethiopia has been on a path to significant political, legal and institutional reforms that have profound and far-reaching implications for its future. The transition has, however, been challenged by heightened instability, violence and insecurity. The spike in hate speech, in both online and offline platforms, in Ethiopia has prompted the Ethiopian parliament to adopt the Hate Speech and Disinformation Prevention and Suppression Proclamation in February 2020.

“The United Nations has a long history of mobilising the world against hatred of all kinds through wide-ranging action to defend human rights and advance the rule of law. Indeed, the very identity and establishment of our Organisation are rooted in the nightmare that ensues when virulent hatred is left unopposed for too long.”

In response to current alarming trends of growing xenophobia, racism and intolerance, violent misogyny, anti-Semitism and anti-Muslim hatred around the world, UN Secretary-General Antonio Guterres launched the  United Nations Strategy and Plan on Hate Speech in May 2019.

Building on Ethiopia’s Hate Speech and Disinformation Prevention and Suppression Proclamation and the UN system-wide commitment to combat hate speech, the United Nations in Ethiopia together with its partners have also developed a strategy and action plan to tackle hate speech in a coordinated and system-wide manner in Ethiopia.

“As new channels for hate speech are reaching wider audiences than ever at lightning speed, it is evident that no single entity can address and counter hate speech on its own.  We all – the United Nations, governments, technology companies, educational institutions – need to step up our response,” said Dr. Sozi.

“This does not mean limiting or prohibiting freedom of speech, which is a fundamental human right. It means keeping hate speech from escalating into something more dangerous, particularly incitement to discrimination, hostility and violence, which is prohibited under international law.”

"Hate speech could be an indicator of the risk of atrocity crimes.  We must vehemently work together to guard against such a vice – which unfortunately is leading to loss of lives in many places, Ms. Alice Wairimu Nderitu, the United Nations Special Adviser on Prevention of Genocide said.

Participants of the training also expressed their commitments to play their roles in tackling hate speech in the country. 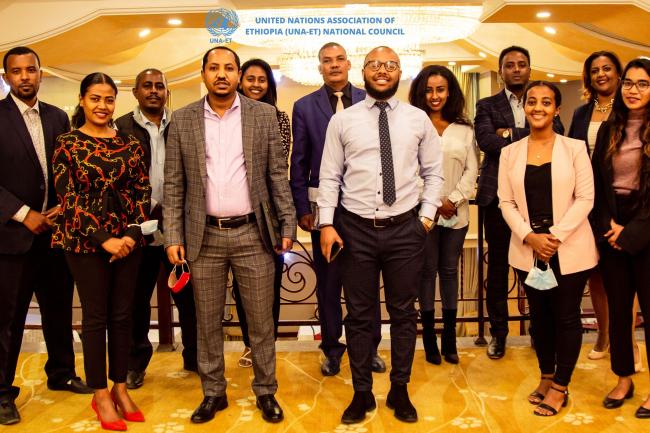