The United Nations in Ethiopia has opened a book of condolence to pay respects to the UN personnel lost in the airplane crash in Bishoftu on 10 March 2019. 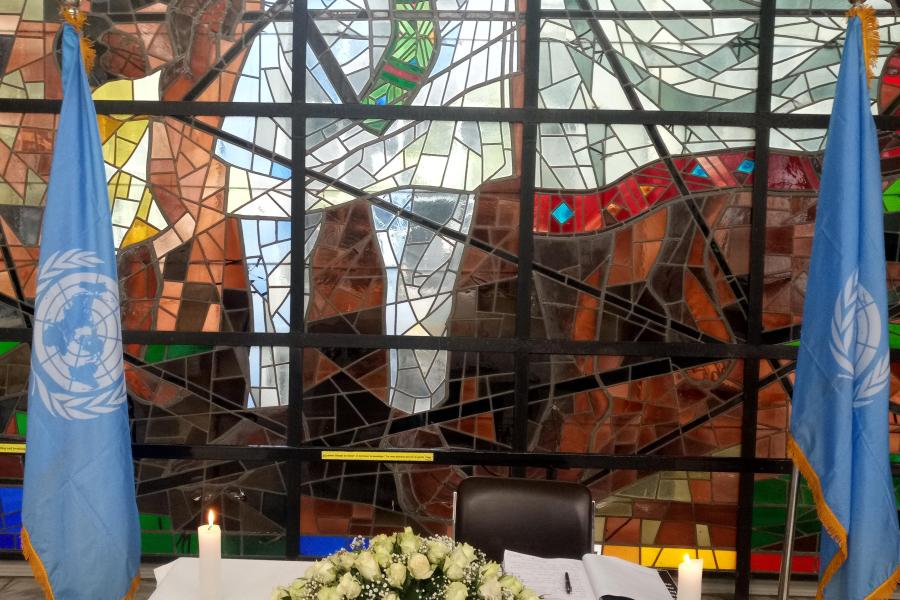 The United Nations staff in Ethiopia also held a minute of silence and a flag lowering ceremony in memory of the numerous UN personnel killed in the crash of Ethiopian Airlines flight ET302 at the UN Conference Centre on 11 March 2019. The solemn gathering was led by the UN Resident Coordinator and Humanitarian Coordinator, Mr. Aeneas Chuma.

“The UN family was deeply saddened by the tragic plane crash that caused the loss of 157 lives including our UN colleagues. In these difficult hours, the United Nations sends its deepest condolences to the families of the victims and their loved ones,” said Mr. Chuma.

The United Nations Secretary-General, Mr. António Guterres, and heads of UN agencies, also expressed their condolences over the tragic accident.

“Deeply saddened by the news this morning of the plane crash in Ethiopia, claiming the lives of all on board. My heartfelt condolences to the families and loved ones of all the victims — including our own UN staff — who perished in this tragedy,” says Mr. Guterres in his tweet.