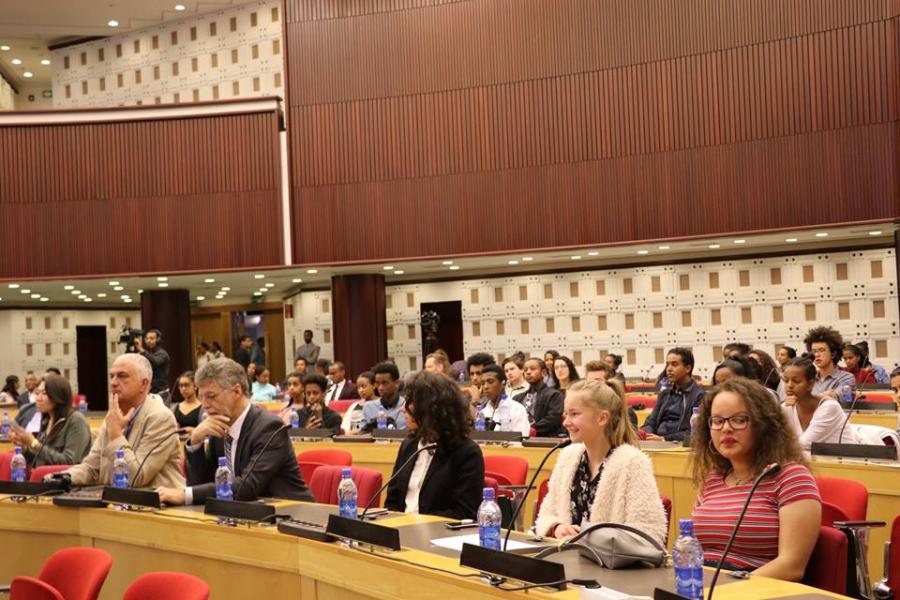 The International Day of Commemoration in Memory of the Victims of the Holocaust was marked in Ethiopia.

Ambassadors of Israeli and German to Ethiopia also make remarks to the International Day commemorated this year under the theme “Holocaust Remembrance: Demand and Defend Your Human Rights”

Here is the full message of the UN Secretary-General.

Today we honour the memory of the six million Jews who perished in the Holocaust – and the many other victims of unprecedented, calculated cruelty and horror.

This year’s observance falls amid an alarming increase in anti-Semitism.

From a deadly assault on a synagogue in the United States to the desecration of Jewish cemeteries in Europe, this centuries-old hatred is not only still strong – it is getting worse.

We see the proliferation of neo-Nazi groups, and attempts to rewrite history and distort the facts of the Holocaust. We see bigotry moving at lightning speed across the Internet.

As the Second World War recedes in time, and the number of Holocaust survivors dwindles, it falls to us to be ever vigilant.

And as the former Chief Rabbi of the United Kingdom, Jonathan Sacks, so memorably said: “The hate that begins with Jews never ends with Jews”.

Indeed, we see intolerance entering mainstream politics -- targeting minorities, Muslims, migrants and refugees, and exploiting the anger and anxiety of a changing world.

Now more than ever, let us unite in the fight for universal values and build a world of equality for all.”