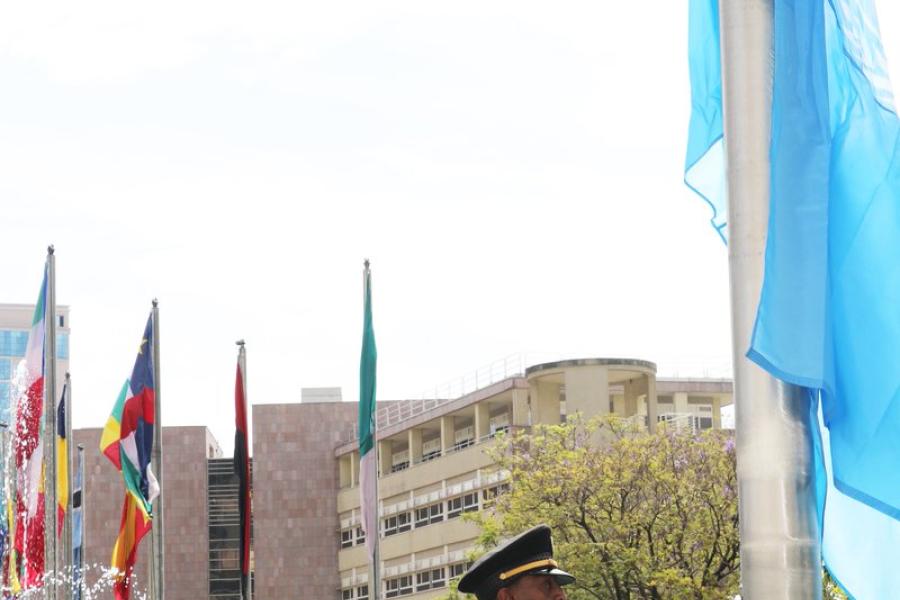 The event also saw statements from the Ministry of Foreign Affairs, the African Union and performance by a youth group on peace.

"I am also delighted to celebrate this important day in a country which conferred its trust on the United Nations by signing the Charter as one of its founding members in 1945 and consistently demonstrated its commitment to the success of the UN system," says Mr. Chuma.

“United Nations Day marks the birthday of our founding Charter – the landmark document that embodies the hopes, dreams and aspirations of “we the peoples”.

Every day, the women and men of the United Nations work to give practical meaning to that Charter.

Despite the odds and the obstacles, we never give up.

Extreme poverty is being reduced but we see inequality growing.

Yet we don’t give up because we know by reducing inequality we increase hope and opportunity and peace around the world.

Climate change is moving faster than we are, but we don’t give up because we know that climate action is the only path.

Human rights are being violated in so many places.  But we don’t give up because we know respect for human rights and human dignity is a basic condition for peace.

Conflicts are multiplying - people are suffering. But we don’t give up because we know every man, woman and child deserves a life of peace.

On United Nations Day, let us reaffirm our commitment.

To heal our planet.

To leave no one behind.

To uphold dignity for one and all, as united nations.”