Deputy Secretary-General Amina Mohammed called for strengthening the relationship between the African Union (AU) and the United Nations to deliver on youth. 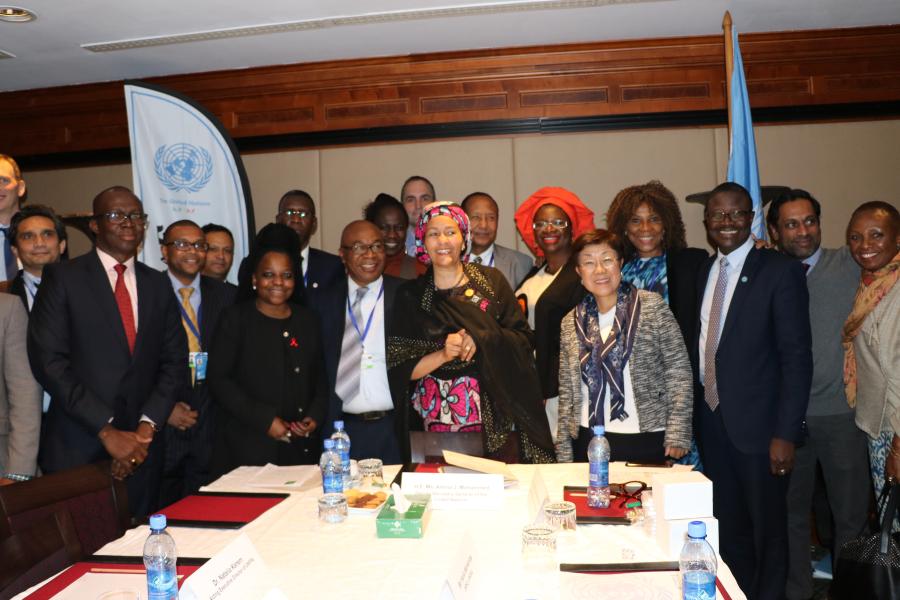 Deputy Secretary-General Amina Mohammed called for strengthening the relationship between the African Union (AU) and the United Nations to deliver on promised development for Africa's youth.

Addressing her first African Union Summit since taking office, Ms. Mohammed said that the AU's thematic focus this year on youth is a “powerful reminder” of the core principle at the heart of the 2030 Agenda for Sustainable Development, the AU's strategic framework known as Agenda 2063 and other global agreements, namely, creating a better world for the next generation.

“For the 226 million young people aged 15 to 24 living in Africa today, these agendas address challenges and opportunities that are integral to their futures,” she said.

“Investing in our youth today reaps the dividend of a peaceful and prosperous Africa tomorrow.”

Addressing leaders from across the continent who have gathered at the AU headquarters in Addis Ababa, Ethiopia, Ms. Mohammed called for “building new bridges between us, and fortifying the ones that already exist” to deliver on the promises of the development agenda for Africa and its people.

Also, while in Ethiopia, the DSG met with the United Nations Team in Ethiopia and discussed the implementation of Sustainable Development goals and the UN reform.

The DSG was briefed by Ms. Ahunna Eziakonwa-Onochie, UN Resident and Humanitarian Coordinator, about Ethiopia’s development and humanitarian situation and the work of UNCT in the country. Ms. Eziakonwa-Onochie highlighted the UNCT’s support to Ethiopia in the localization of the SDGs, and informed that Ethiopia had already finalized its Voluntary National Reviews (VNRs) report.

The DSG noted that success in achieving the SDGs hinges on partnership with various actors including civil society, private sector and donors.