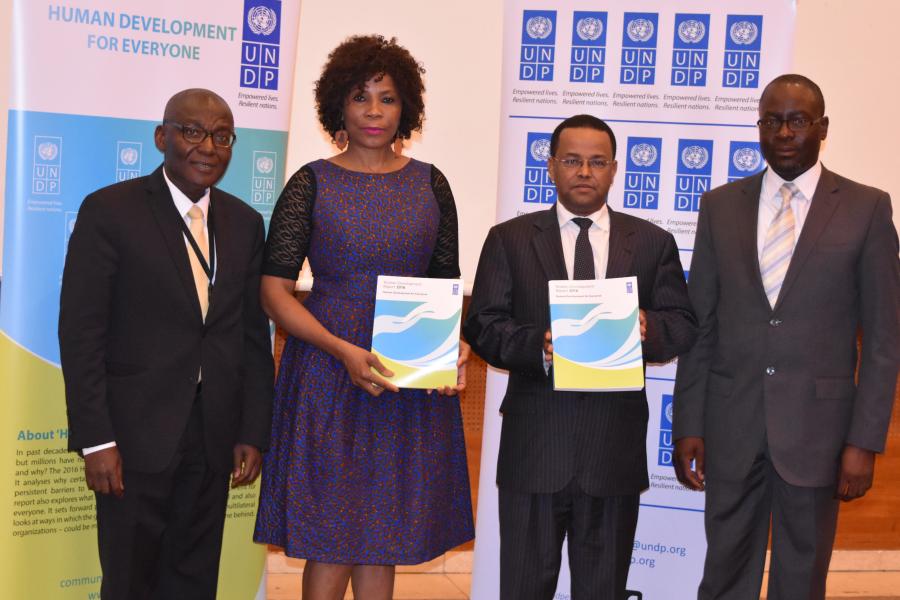 “The 2016 Human Development Report recognizes that the world has witnessed human progress over the past 25 years,” said Ms. Eziakonwa-Onochie.

“There has been impressive progress in human development over these years—people now live longer; more children are at school; and access to basic social services have improved; and, overall, there has been improvement in people’s standard of living,” she added.

“But we are not ready to celebrate. Challenges still persist in terms of poverty, hunger, and disease. The world’s citizens are not benefiting from equitable and universal access to quality education, health care, social protection; universal respect for human rights and dignity remains a challenge; we haven’t managed to realize gender equality and ensuring just, equitable tolerant, open and socially inclusive world that is free from violence. In addition, we have failed to realize sustained, inclusive and sustainable economic growth and decent work for all,” Ms. Eziakonwa-Onochie also noted.

“Human capital development is one of the key priorities of the development agenda of the country. Government believes that poverty, lack of democracy and good governance are critical issues of survival as a nation,” he added.

“The 2030 agenda for Sustainable Development Goals and agenda 2063 of the African Union are used as bases in the formulation of the country’s midterm development plan known as Growth and Transformation Plan II,” Dr. Dessie said.