A regional procurement workshop discusses Long-Term Agreements to improve the quality, efficiency and effectiveness of the UN operations and program delivery. 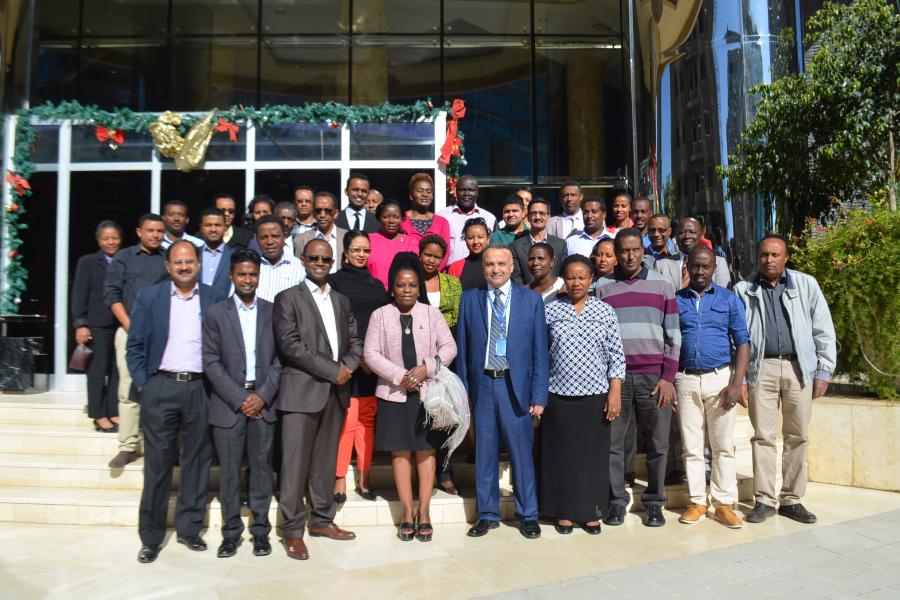 A regional procurement workshop was organized in Addis Ababa with the participation of the Ethiopian Common Procurement Working Group members and 10 representatives from the five countries. The purpose of the workshop was to present the findings of the missions and to agree on the regional Long-Term Agreements (LTAs) to be developed jointly as well as to decide on the agencies that would take the lead for developing the regional LTAs.

In her opening remarks delivered to the workshop on behalf of the United Nations Country Team, Miriam Maluwa, UNAIDS Country Director, said, the regional LTAs would improve the quality, efficiency and effectiveness of the UN operations and programme delivery throughout the East and Southern African region. “I am certain that the UNCTs are fully committed to provide necessary support to you to participate throughout the regional LTA development process,” Ms. Maluwa added.

Overall, the participants agreed to develop eleven regional LTAs. Agencies taking the lead should submit, as soon as possible a timeline and a work plan for the development of the LTAs under their responsibility.

Development of the regional LTAs initiative, inspired by the Delivering as One concept, was conceived by the Operations Management Team (OMT) and was part of the project proposal on Common Procurement, among other activities, submitted to the Development Operations Coordination Office (DOCO) in December 2015. The DOCO was able to secure the funding from the Department for International Development (DFID).

The project is aimed primarily at mapping the national and regional vendors and subsequently at developing common regional LTAs that could be used by all agencies in the countries implementing the Business Operations strategy (BOS) in the Southern and East Africa region, namely: Ethiopian, Kenya, Malawi, Rwanda, Uganda and Tanzania. This would result in reducing the duplication of functions and transaction costs and maximize coherence, efficiency and effectiveness. While the BOS emphasizes harmonization and efficiency at the country level, the regional LTAs initiative fulfills the same purpose at the regional level.

Field missions were carried out by members of the common procurement working group for Ethiopia for the collection of data including the assessment of available LTAs, the volume of procurement, the future LTA requirements as well as discussion with the suppliers. The missions’ teams met with OMT and Common Procurement focal points in each country so as to explain the purpose of the project and to seek their support. Well before the missions, the templates for the collection of data were sent to each country’s OMT focal points but the required data was not received in due time, thus most of the data was collected during the visits to the countries.

Procurement is, without a doubt, the major component of programme implementation with the highest potential for efficiency gains and cost reductions. The regional LTA initiative will certainly contribute to that end. In addition, this initiative also enabled members of the Common Procurement Working Group of the countries involved to share experiences and learn from each other’s good practices. It has created a sense of recognition and motivation for the common procurement working group members because of their involvement in this initiative.