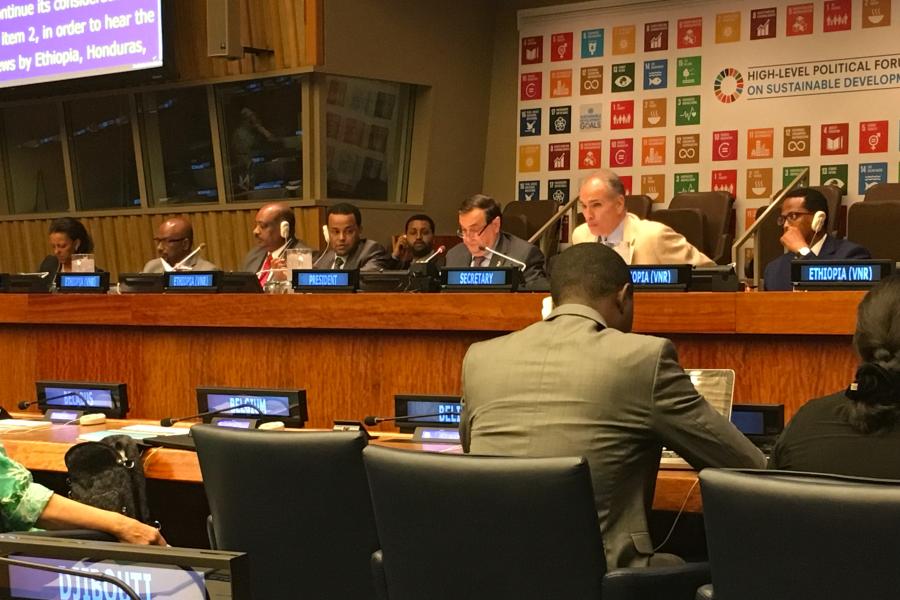 Ethiopia presented its review report on Sustainable Development Goals (SDGs) to the United Nations High Level Political Forum which was held in New York from July 10-19, 2017.

Ethiopia is one of the 44 countries that presented its report on SDGs to the forum.

Presenting the country’s report, Dr. Yinager Dessie, National Planning Commissioner with the rank of Minister, expressed Ethiopia’s commitment to fully implement the 2030 agenda without leaving anyone behind.

“National budget towards SDGs achievement has reached 72%,” the Commissioner said. “Targeted policy interventions are key to ensure everyone, everywhere benefits.”

The National Planning Commission (NPC) partnered with the United Nations in Ethiopia to organize consultations with a wide range of stakeholders at national and regional level on the draft Voluntary National Review (VNR) report to be presented to the forum.

The NPC held discussions with the private sector, development partners, civil society, academia, political parties and members of the House of Peoples Representatives in Ethiopia.

The voluntary national reviews aim to facilitate the sharing of experiences, including successes, challenges and lessons learned, with a view to accelerating the implementation of the 2030 Agenda. The VNRs also seek to strengthen policies and institutions of governments and to mobilize multi-stakeholder support and partnerships for the implementation of the Sustainable Development Goals