Some 12,000 women and girls took part in the UN 2018 WOMEN FISRT RUN promoting a space for a violence-free life. 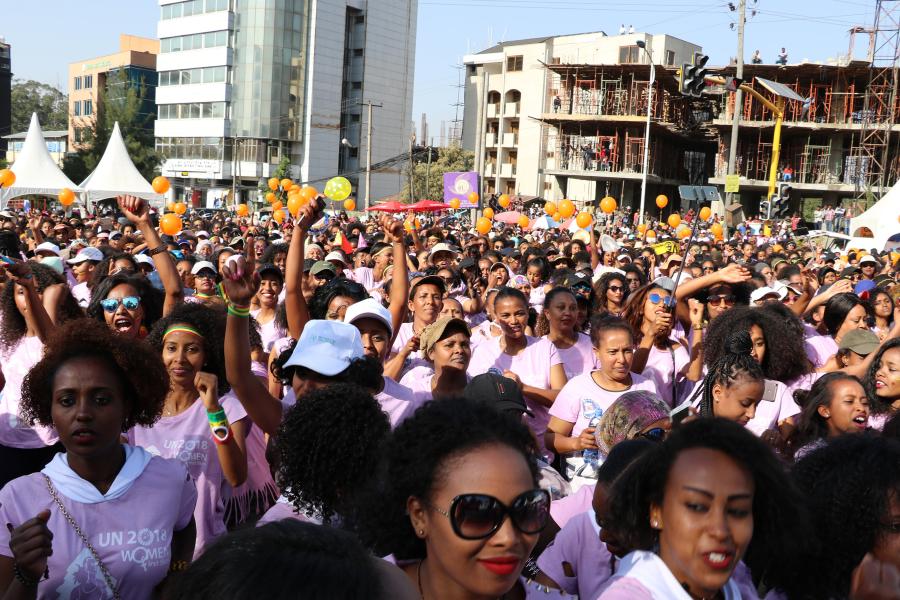 Some 12,000 women and girls took part in the UN 2018 WOMEN FISRT RUN promoting a space for a violence-free life.  The United Nations in Ethiopia was a title sponsor of the run which was organized the Great Ethiopian Run.

Violence against women and girls is one of the most serious and pervasive violations of human rights. It seriously undermines the rights of women to social services such as healthcare and education. It also prevents them from unleashing their potential and contributing to the country's socio-economic development despite their numerical significance.

Fostering and enacting a culture of zero tolerance on violence against women and girls is a top priority for peaceful and cohesive societies. Achieving Gender Equality and Empowering All Women and Girls (Goal 5) is also one of the 17 Sustainable Development Goals endorsed by all members states of the United Nations. Addressing gender inequalities exposing women to various forms of gender-based violence is essential to achieve the 'Leave No One Behind' principle of the 15-year global development agenda.

In Ethiopia, there is: