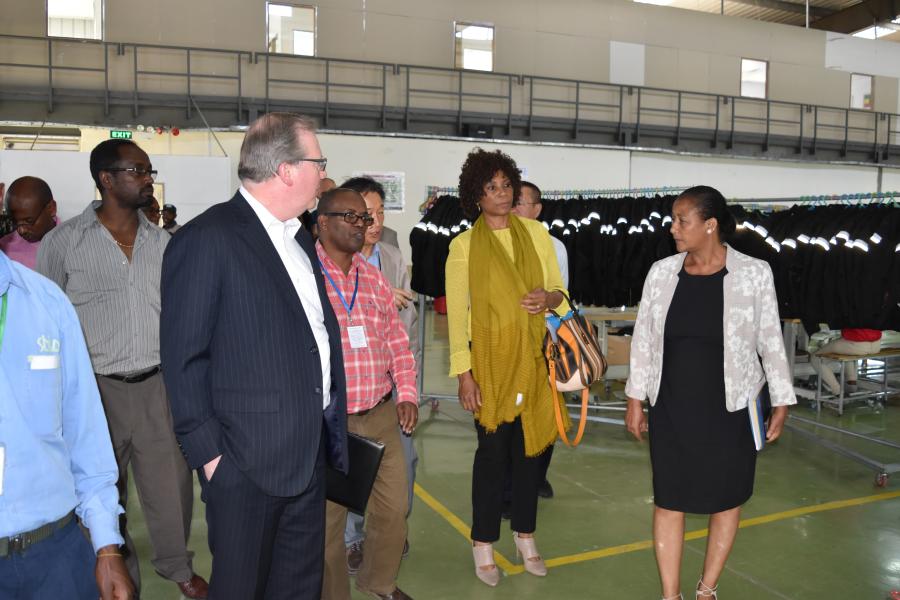 During the visit, Mr. Rosellini met with senior government officials and UN Ethiopia Resident and Humanitarian Coordinator and UNDP Resident Representative, Ms. Ahunna Eziakonwa-Onochie, as well as Heads of UN Agencies in Ethiopia.

The National Biogas Project aims to reduce greenhouse gas (GHG) emissions by promoting the use of renewable energy among rural household appliances for cooking, lighting heating and productive uses.

UNDP Ethiopia supports the Government in the development of sustainable inclusive agro-industrial parks. The Bole Lemi Industrial Park served as an example in the setup and development of the Hawassa Industrial Park. Currently, the park has more than 13,000 employees in the textile and shoe factories.