Ethiopian Government officials discussed with representatives of development partners on the undertaking of Ethiopia's Population and Housing Census. 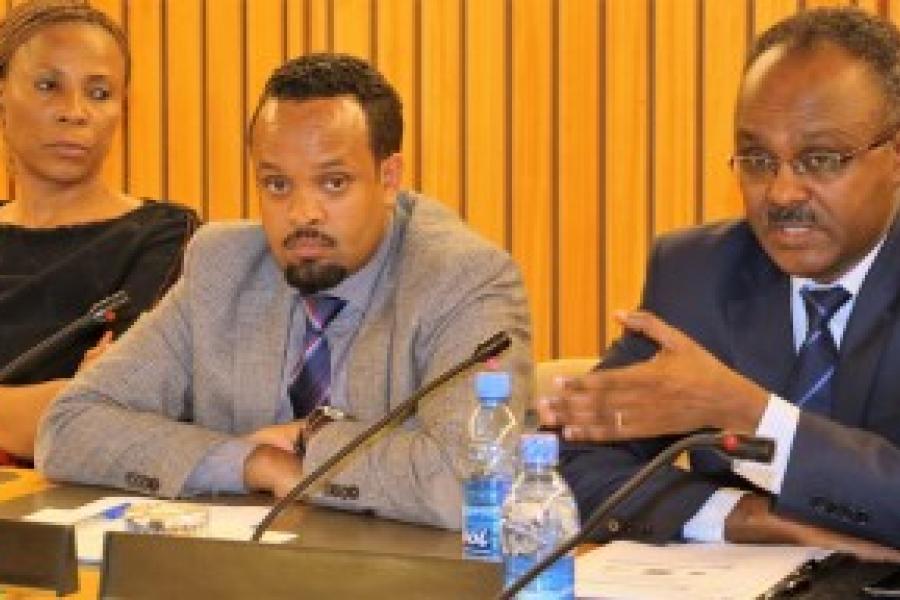 Two senior officials of the Ethiopian Government met various development partners on September 15 to discuss on how the latter could contribute resources for the undertaking of the Population and Housing Census of Ethiopia slated to take place in November 2017. It was disclosed during the meeting that to date there is a shortfall of 70 million dollars out of the total estimated budget. The meeting was organized as a follow-up to the one which was organized in March last year.

Dr. Abraham Tekeste, Deputy Commissioner of the National Planning Commission with the rank of State Minister, said that the Census is an undertaking set by the Ethiopian Constitution to be conducted every ten years. He underscored that the country views the census as a foundation for good governance and consolidation of democracy to improve the quality of life of citizens and affirmed that the Government was committed to make the whole process as transparent, credible and of the highest standard possible. During the occasion Dr. Abraham lauded the different forms of support that UNFPA is providing for the successful implementation of the Census.

A presentation was made by the Deputy Director-General of the Central Statistical Agency (CSA) on the preparatory activities for the census implementation, achievements made and challenges encountered, the budgetary requirements and resource mobilization efforts. It was indicated that the 2017 Census will cost about 171.7 million dollars out of which the Government will cover an estimated 60%.

The meeting was wrapped up by Ato Ahmed Shide, State Minister of the Ministry of Finance and Economic Cooperation, who reiterated on the importance of the 2017 Census and on the role of development partners and other stakeholders for its successful implementation. The State Minister indicated that a series of bilateral meetings will be held with development partners in due course to discuss on how they could provide assistance to the undertaking of the census.

The UN Resident Coordinator, UN Heads of Agencies, and Senior Management Team of CSA were also present at the meeting. The meeting was jointly organized by CSA and UNFPA at the United Nations Conference Centre.