UNICEF warned that despite progress in tackling the HIV/AIDS pandemic, much work remains to be done to protect children and adolescents from infection and death 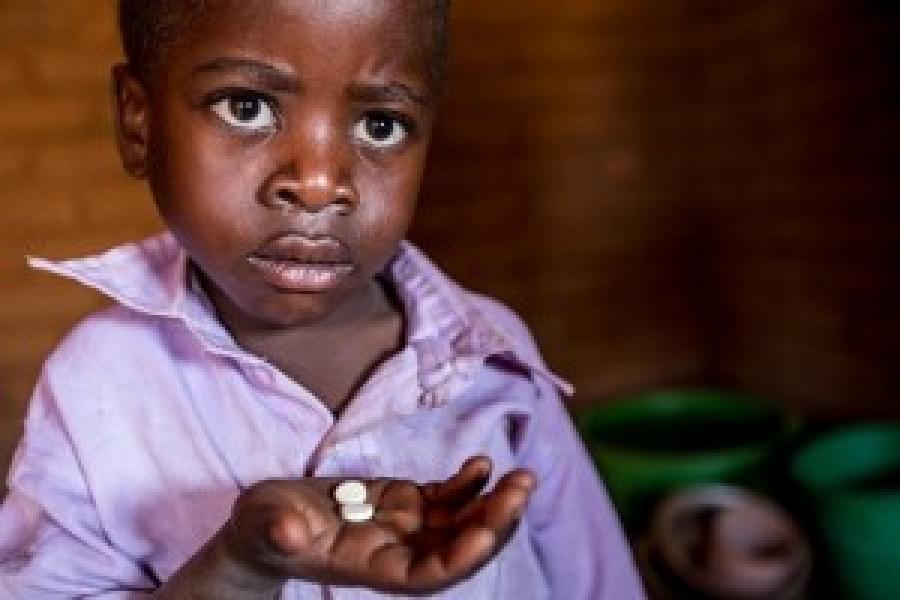 On the eve of the 21st International AIDS Conference taking place in Durban this week, UNICEF warned that despite remarkable global progress in tackling the HIV/AIDS pandemic, much work remains to be done to protect children and adolescents from infection, sickness and death.

Since 2000, concerted action to prevent mother-to-child transmission (PMTCT) in countries with high HIV/AIDS prevalence has brought the transmission rate down by roughly 70 per cent worldwide. This includes sub-Saharan Africa, the region with the greatest burden of HIV/AIDS infections and deaths. Over the last 15 years, PMTCT programmes have prevented some 1.6 million new HIV infections in children, globally, while the provision of anti-retroviral treatment has saved 8.8 million lives (people of all ages).

But the children’s agency said that adolescents are dying of AIDS at alarming rates.

“After all of the saved and improved lives thanks to prevention, treatment and care; after all of the battles won against stigma, prejudice and ignorance about this disease; after all of the wonderful milestones achieved, AIDS is still the number two cause of death for children aged 10-19 globally – and number one in Africa,” said UNICEF Executive Director Anthony Lake.

The numbers of AIDS-related deaths among adolescents 15-19 years have more than doubled since 2000. Globally in 2015, there were on average 29 new infections per hour among those in this age group. And while rates of new infections among adolescents have levelled off, UNICEF is concerned that projected increases in their population in the coming years will mean an increase in the overall number of infections.

Girls are particularly vulnerable, making up about 65 per cent of new adolescent infections worldwide. In sub-Saharan Africa, which accounts for about 70 per cent of people living with HIV in the world, 3 out of every 4 adolescents newly infected by HIV in 2015 were girls.

Yet fear of testing keeps many young people unaware of their HIV status. Among adolescents, only 13 per cent of girls and 9 per cent of boys were tested within the last year. A new poll conducted on U-report, UNICEF’s mobile-based reporting tool, shows that some 68 per cent of 52,000 young people surveyed in 16 countries said they did not want to be tested, both because they were afraid of an HIV-positive result, and because they were worried about social stigma.

Meanwhile, new infections among children due to transmission at birth or during breastfeeding have decreased dramatically since 2000, dropping by 70 per cent in the period. But the children’s agency called for stepping up efforts to eliminate the transmission of the virus from mother to child.

Lake, speaking after a visit to the Prince Mshiyeni Memorial Hospital in Kwa Zulu Natal province, South Africa, stressed the urgent need for innovation and renewed political will to reach the children still being left behind. In 2015, half of new infections among children (0-14 years), occurred in only six countries: Nigeria, India, Kenya, Mozambique, Tanzania and South Africa.

“The undeniable progress we have made in the last three decades does not mean that our struggle is over,” Lake said. “The battle against AIDS will not be over until we redouble prevention and treatment efforts; until we reach those young lives still being denied the progress that millions before them have enjoyed; and until we end the stigma and fear that prevent so many young people from getting tested.”

In Ethiopia, HIV prevalence is low compared to other African countries. In 2011, 1.5 per cent of the population between the ages of 15 and 49 years were HIV positive (EDHS 2011). However, taking into account the country’s large population, the absolute number of people infected with HIV is high and regional disparities remain.

In 2014, Ethiopia accounted 10 per cent of the 120, 000 adolescent deaths reported globally (UNAIDS, HIV estimates, 2013). While information in this group is scanty nationally, available data shows that adolescent girls aged 15-19 are disproportionately affected by the epidemic. About 74 per cent of the newly infected adolescents for that age group were girls in 2013 (UNAIDS, HIV estimates, 2013). Girls are at a high risk of HIV infection due to gender-based inequality, age-disparate sexual activities, and partner violence.

In addition, only 24 per cent of girls and 32 per cent of boys aged 15-19 have comprehensive knowledge about HIVAIDS (UNICEF, Global Database, 2014).

Despite many progress and achievements made regarding HIV/AIDS response in Ethiopia, still, challenges remain in the areas of preventing mother-to-child transmission (PMTCT) and paediatrics and particularly, HIV treatment and care. In 2014, only 54 per cent of pregnant and lactating mothers attending health facilities were tested and received their results for HIV/AIDS while 73 per cent of the nationally expected HIV positive pregnant and lactating women and 23 per cent of children living with HIV received ART respectively. (Global AIDS Progress Report, 2014).

UNICEF is working closely with the Government of Ethiopia in HIV/AIDS response through providing policy advice/dialogue, financial and technical support in the development of strategic documents, national guidelines and other relevant documents in the areas of PMTCT and paediatric HIV addressing both children and adolescents. Key steps being taken and should be intensified include, working towards effective linkage between antenatal (ANC) services providing PMTCT interventions and child survival services; expanding paediatrics testing beyond PMTCT and using other child survival entry points; bringing paediatric HIV testing and treatment closer to communities and generating adequate information for addressing adolescent needs.

UNICEF promotes the rights and wellbeing of every child, in everything we do. Together with our partners, we work in 190 countries and territories to translate that commitment into practical action, focusing special effort on reaching the most vulnerable and excluded children, to the benefit of all children, everywhere. For more information about UNICEF and its work visit: www.unicef.org