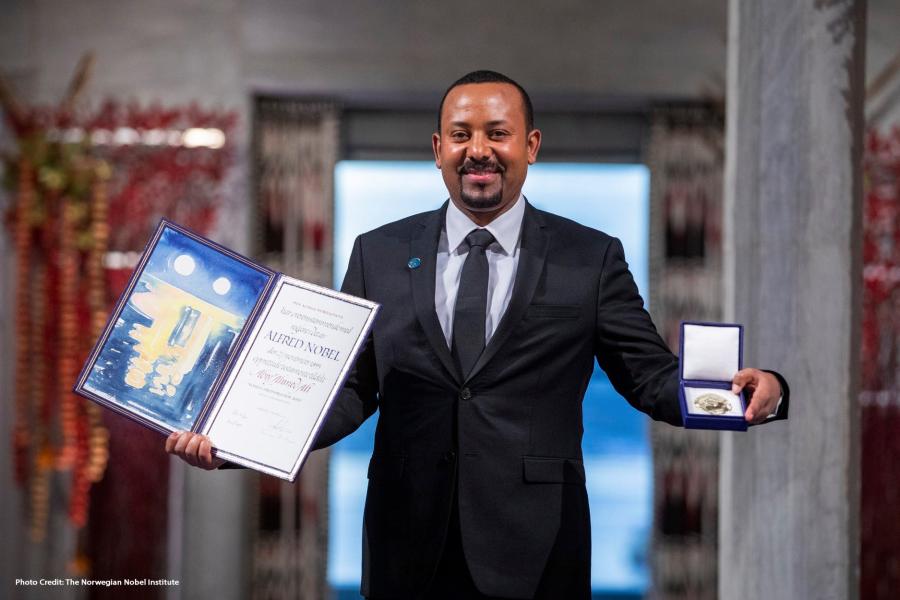 On the occasion of the award of the 2019 Nobel Peace Prize to Prime Minister Abiy Ahmed, the United Nations in Ethiopia affirms its strong commitment to supporting efforts toward sustainable peace and development in the country.

Congratulating Ethiopia's Prime Minister on receiving the Prize, the United Nations Resident and Humanitarian Coordinator a.i. Mr. Steven Were Omamo noted that, “The United Nations family in Ethiopia shares the joy and pride of millions of Ethiopians on this special recognition of Ethiopia’s vital role in peacebuilding and international cooperation.”

Reflecting on the Prime Minister’s appeal to Ethiopians in his acceptance speech to, “Join hands and help build a country that offers equal justice, equal rights, and equal opportunities for all its citizens,” Mr. Omamo underlined that “the United Nations will continue to work with the Government of Ethiopia and all its partners and supporters as the nation pulls together to build an inclusive and democratic Ethiopia."