Dr. Sozi is appointed by the UN Secretary-General and is the highest-ranking representative of the UN development system at the country level. On behalf of the United Nations system she is responsible for the coordination of operational activities to support Ethiopia in achieving the Sustainable Development Goals.

“I am pleased to have the opportunity to represent the United Nations in Ethiopia at this momentous period when its people and the government are taking a new path to achieve lasting peace and sustainable development while laying down the foundation for stronger democracy,” said Dr. Sozi.

She reiterated the commitment of the UN Country Team to fully align all its development activities to the priorities of the Government to ensure Ethiopia’s continuous progress towards the 2030 Agenda. 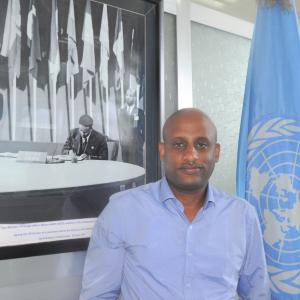