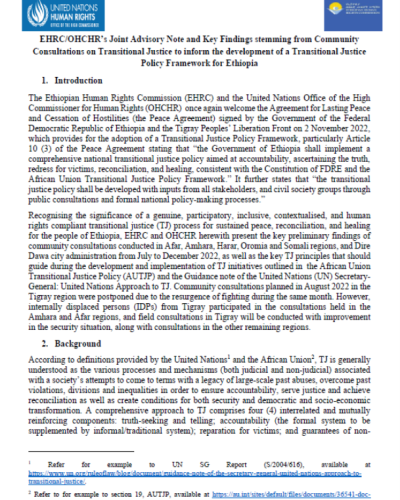 The Ethiopian Human Rights Commission (EHRC) and the United Nations Office of the High Commissioner for Human Rights (OHCHR) once again welcome the Agreement for Lasting Peace and Cessation of Hostilities (the Peace Agreement) signed by the Government of the Federal Democratic Republic of Ethiopia and the Tigray Peoples’ Liberation Front on 2 November 2022, which provides for the adoption of a Transitional Justice Policy Framework, particularly Article 10 (3) of the Peace Agreement stating that “the Government of Ethiopia shall implement a comprehensive national transitional justice policy aimed at accountability, ascertaining the truth, redress for victims, reconciliation, and healing, consistent with the Constitution of FDRE and the African Union Transitional Justice Policy Framework.” It further states that “the transitional justice policy shall be developed with inputs from all stakeholders, and civil society groups through public consultations and formal national policy-making processes.”

Recognising the significance of a genuine, participatory, inclusive, contextualised, and human rights compliant transitional justice (TJ) process for sustained peace, reconciliation, and healing for the people of Ethiopia, EHRC and OHCHR herewith present the key preliminary findings of community consultations conducted in Afar, Amhara, Harar, Oromia and Somali regions, and Dire Dawa city administration from July to December 2022, as well as the key TJ principles that should guide during the development and implementation of TJ initiatives outlined in the African Union Transitional Justice Policy (AUTJP) and the Guidance note of the United Nations (UN) Secretary- General: United Nations Approach to TJ. Community consultations planned in August 2022 in the Tigray region were postponed due to the resurgence of fighting during the same month. However, internally displaced persons (IDPs) from Tigray participated in the consultations held in the Amhara and Afar regions, and field consultations in Tigray will be conducted with improvement in the security situation, along with consultations in the other remaining regions. 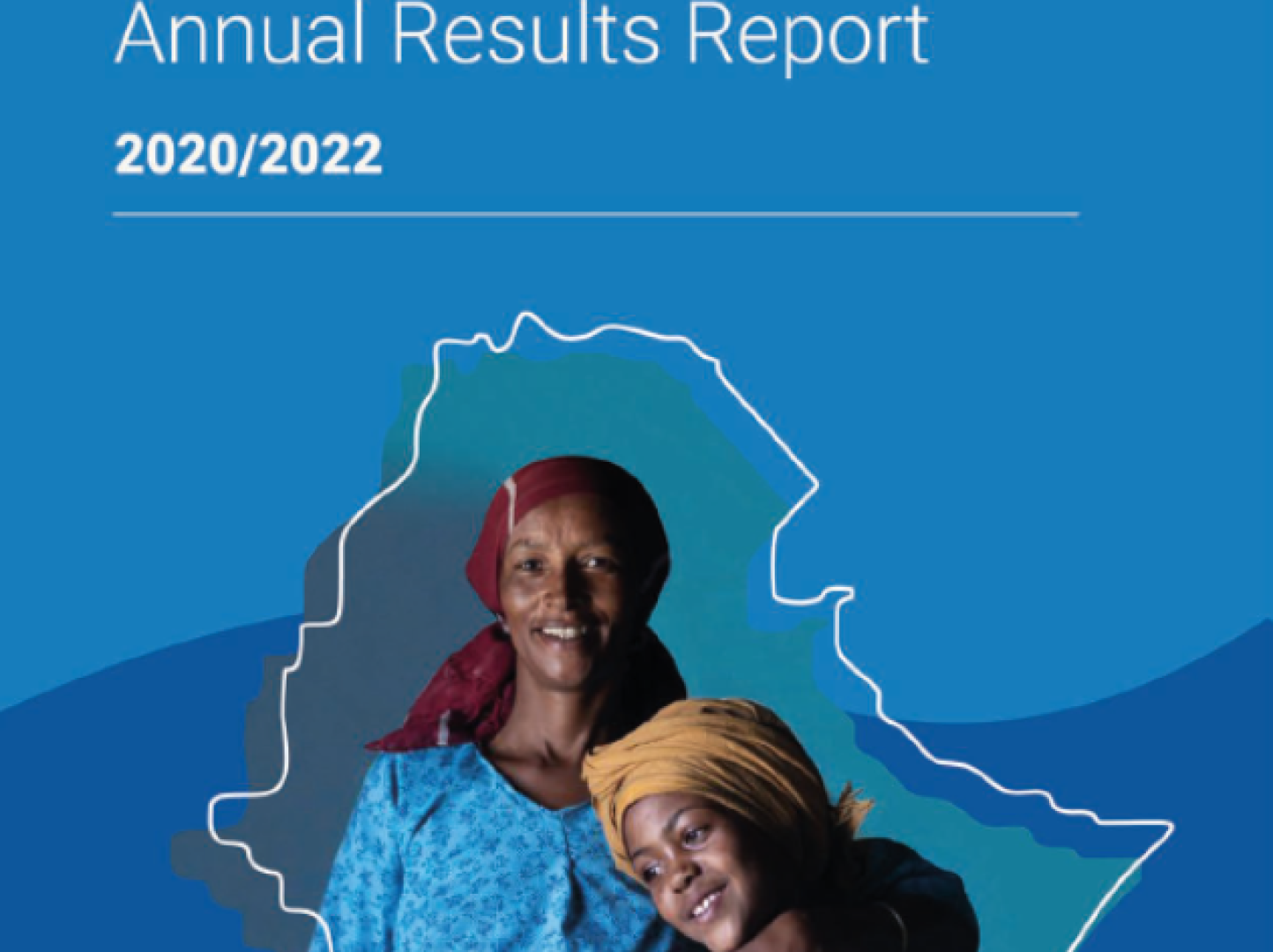 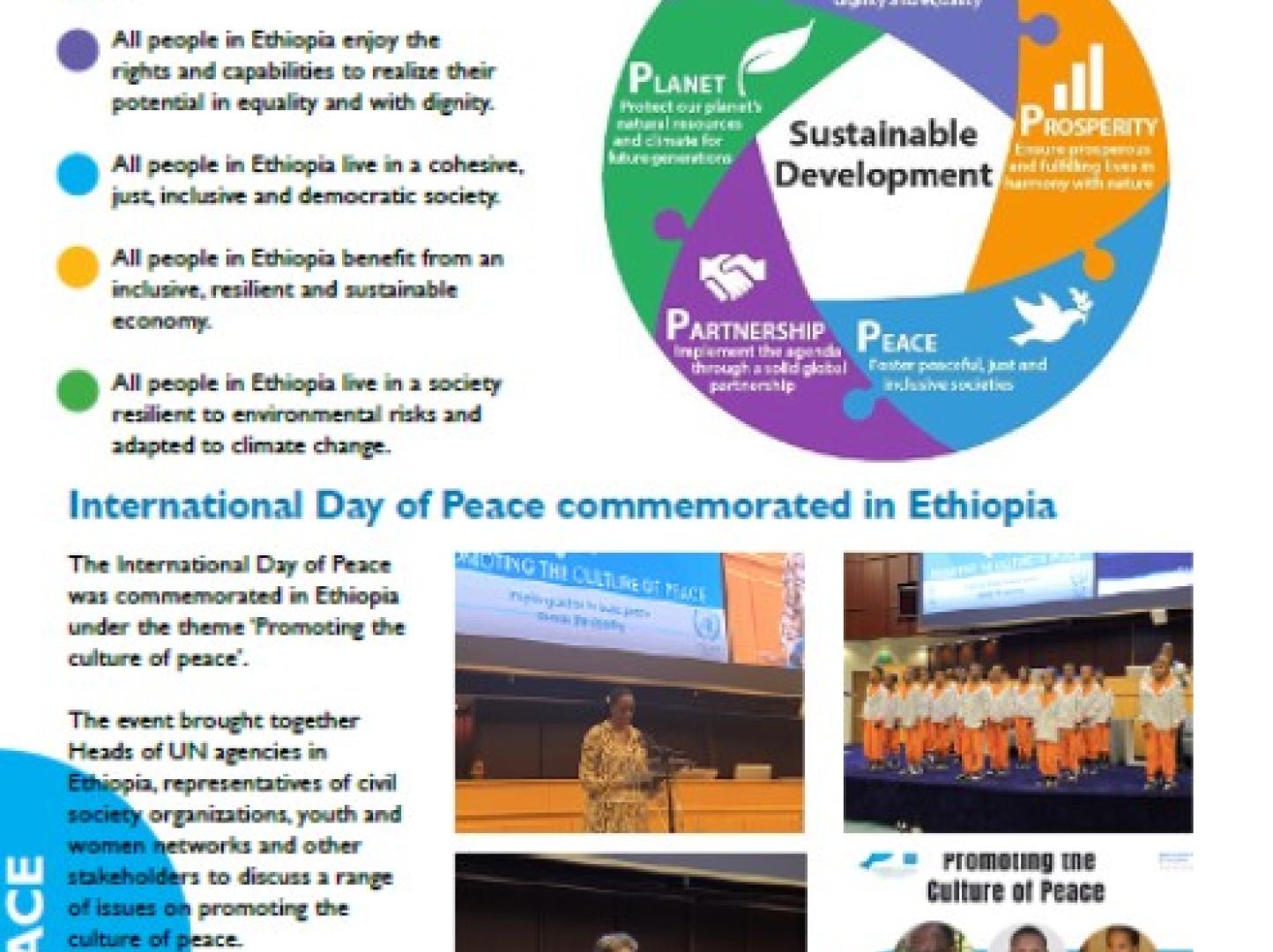 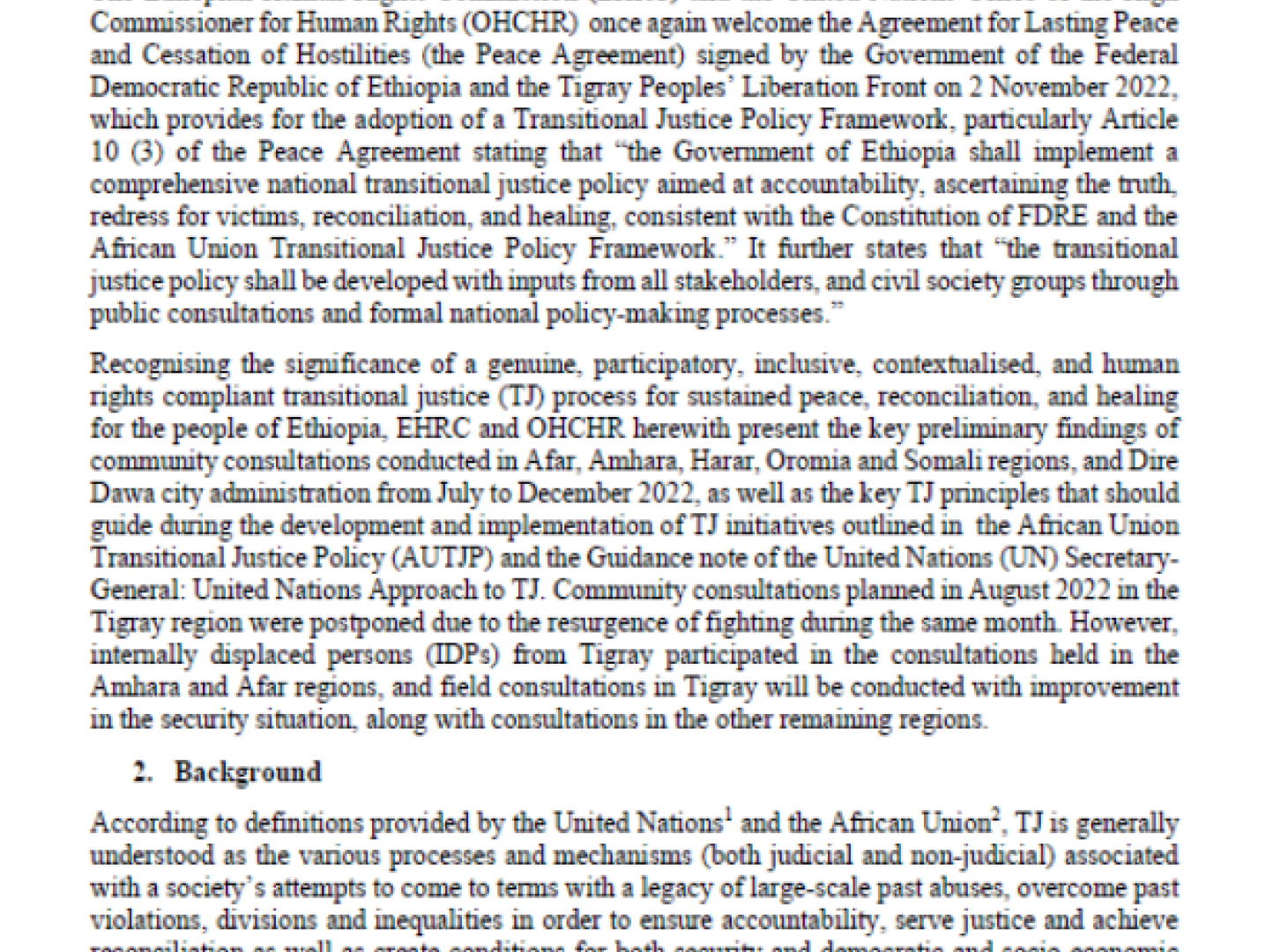